One way to solve this issue is a lengthy business analysis cycle, where a Business Analyst sits for 2-3 month and write a complete set of business rules for each and every case. The problem with this approach was the Category and Rule keeps on changing, so by the time the Analysis is documented and given to development team the rule itself might have changed. Still let’s assume this will not happen so the code that will come out will be something like this: 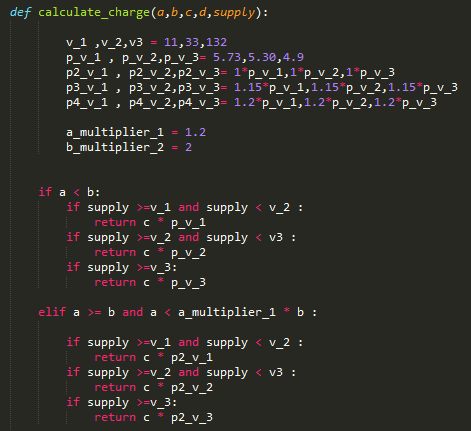 But first as defined in Python Docs:
The expression argument is parsed and evaluated as a Python expression (technically speaking, a condition list) using the globals and locals dictionaries as global and local namespace

And with this we are good to go - writing code to write no code !

General: Many people will like to call it as Domain Specific Language where in Domain Related Parser can  be written in English Language as shown above and the code can parse it for domain specific purpose. It makes one think how will languages like Java and C# handle these dynamic expressions. That might be a  topic for some other day I guess.